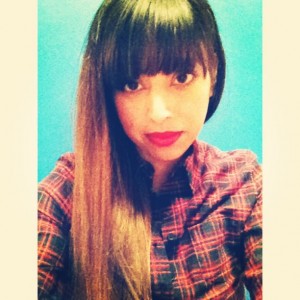 American newspaper publisher Phil Graham says, “News is the rough notes of history.” I want to help write the record.

As a child of immigrants, I’ve seen a lot first-hand. I was born during a revolution in Iran, grew up during the Iran-Iraq war, spent my childhood migrating through Turkey and Italy and finally settled in the hyphenated space that connects the word Iranian to Canadian.

My interests in human rights and social justice have guided my work in the past.

My passion, however, is journalism. I discovered this during the 2009 Iranian election, when I started writing weekly columns in Shahrvand where I synthesized news from Iran and the global Iranian community for an audience that included mainstream journalists, community activists and politicians.

In addition to writing weekly articles, I became a spokesperson, giving voice to the activism and goals of the Iranian community in the diaspora. I have been a regularly guest speaker on CBC Radio’s Metro Morning, various CTV news shows, as well as other media outlets.

Recently I made the transition from ethnic and community media to public broadcasting.  As one of the 2013 CBC Donaldson scholars, I spent the past spring and summer working at CBC Montreal, Metro Morning and The National.

Currently I’m working at CBC Toronto, sometimes with the talented team at Metro Mornings, and other times with the breaking news experts at CBCNews.ca’s alert desk.

When I’m not at work I can be found trolling the concert halls, theaters, art galleries, cinemas and coffee shops around the city.

Although Toronto is my hometown, I have lived in Montreal, Vancouver, Hamilton, Buffalo, and Halifax.  Not to mention Rome, Ankara, Tehran and Ahvaz.

In my daydreams I imagine myself as a poet and artist.